Art historian and critic specializing in modern graphic arts and in modern sculpture. 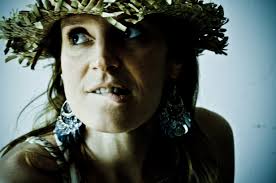 Since 2001, has written for the cultural section of the Italian daily newspaper La Repubblica and has been Professor at the University of Insubria (Varese); since 2002 has collaborated as Curator for the Art Museum in Mendrisio (Switzerland).

Created, in collaboration with Storyville, the educational project for the Museo del Novecento in Milan.

Curator of numerous anthology, thematic and collective exhibitions, collaborating with private companies and Italian and foreign public bodies, among which the Stelline Foundation, the Museo del Novecento and the Museo della Permanente in Milan; the Vittoriano in Rome, the Villa Panza in Varese, the MAN Museum in Nuoro, the Art Museum in Lugano (Switzerland), the Pinacothèque in Paris (France), where she supervised the exhibition dedicated to Alberto Giacometti and the Etruscans, also displayed at Manzoni Museum in Lecco and at Palazzo Magnani in Reggio Emilia.

Recent curatorship
From Bacon to the Beatles. New images in Europe in the years of rock music exhibition, promoted by the Museo della Permanente in Milan; the exhibition dedicated to Carlo Carrà at the Art Museum in Mendrisio (Switzerland); the anthology exhibition dedicated to the sculptor Leone Lodi for the City of Crema and Soresina; and the solo exhibition in the ancient church of Bondo in Trentino devoted to Mimmo Paladino, master of Italian Transavantgarde.

Curator at the Museum MAN in Nuoro of the exhibition Giacometti e l'arcaico / Giacometti and the archaic, in collaboration with the Alberto Giacometti Foundation in Switzerland (Zurich and Genève).

Co-curator at the Art Museum in Mendrisio (Switzerland) of the exhibition Anarchy between art and history / Anarchia fra arte e storia. Da Bakunin al Monte Verità, da Courbet ai Dada. In collaboration with the Petit Palais in Genève and the Musée d'Orsay in Paris.

Curator at the Centro Culturale San Fedele of the exhibition Lino Mannocci and the iconography of Annunciation. A Dialogue between Past and Present.